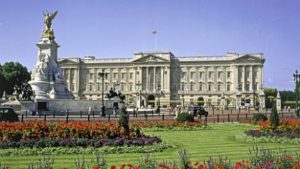 As far as we know, this column was the first in the world to advance the argument publicly that the United Kingdom government was not fulfilling its side of the agreement with The Queen over her property, the Crown Estate.  We would be delighted to be corrected on that. We are even more delighted to learn that reform is in the air.

Republican politicians  and too many in the media  ignore the fact that  Her Majesty is not paid – as Queen of the United Kingdom, Head of The Commonwealth, Queen of Australia, nor indeed as Queen of Canada, New Zealand nor of the twelve other Realms.

According to some lawyers, from at least 1986 Her Majesty is also Queen of Western Australia, South Australia, Queensland Tasmania, Victoria and New South Wales.

She does not receive a personal salary or pension as presidents do. What is advanced is a return of some – some- of her income by way of a UK civil list and grants in aid. These are not a personal salary. They are  to maintain the official residences, and to pay the staff, the entertainment, and ceremonial and other functions head of state functions in the United Kingdom.

To repeat,  the Civil List involves the government giving back some of The Queen’s money. The government keeps the rest, well exceeding the grants in aid.The reason is historical.   In 1760, the costs of the Crown were paid from the Crown Estate and certain other hereditary revenues. From that time the practice developed of the Sovereign agreeing to hand over these revenues during his or her reign to the Parliament in return for a Civil List.

In return Parliament would provide sufficient funds to allow The Queen to fund the British Head of State functions.This has proved to be a bargain, at least in the present reign.  But for decades the British politicians have failed miserably to perform their side of the agreement. The Civil List has seen frozen for about twenty years.

Just look at the graph below. But note that the amount 'Taxpayer subsidy' is a misnomer. It should be 'Queen's income returned'

As we observed here in 2009, if a private landlord behaved as the British government had, the politicians would call for action to be taken to punish them.

…what is to be done?

The usual suspects sometimes challenge me when I advance the proposition that the Crown Estate belongs to The Queen. She has surrendered the revenues during her reign, but in consideration of sufficient funds being made available for head of state activities including the proper maintenance of the buildings.

One of the greatest English constitutional authorities, FW Maitland asserted long ago that when the Prince of Wales comes to the throne he would be entitled to the revenue of the Crowned Estate unless and until he surrendered it.

He was speaking about the future King George V, but the same principle applies today.

The Prince of Wales proposed in the late eighties that the income from the Crown Estate revert to the Sovereign. This is a very sensible solution. The Crown Estate remains the property of the Crown.  And while Royal heritage buildings crumble, and the Palace of Westminster was at least before the election mired in scandal, the politicians have introduced new rules which will allow them to claim up to £9,125 a year without producing any receipts.

Copy and paste this URL into your WordPress site to embed

Copy and paste this code into your site to embed